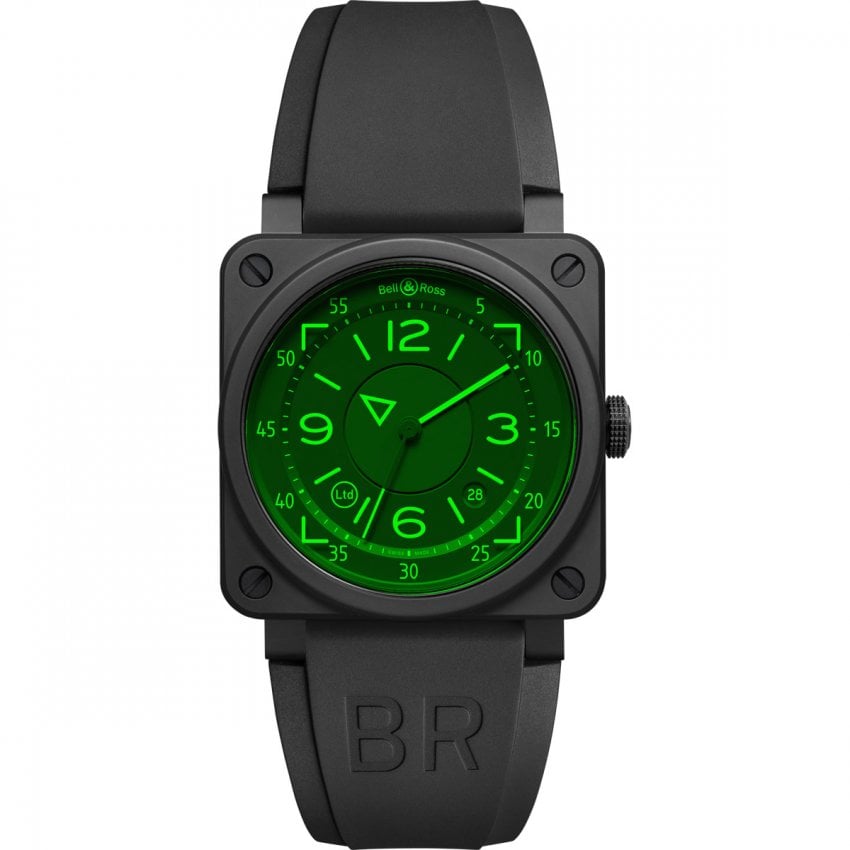 The Head Up Display, also known as HUD - is a transparent glass screen that displays all information that is essential to fulfill a mission in the pilot’s visual field. For optimal effectiveness, its primary function is to keep the pilot focused on the target ahead without having to take the eyes off their line of sight.

Considered as both technological and safety equipment, the HUD takes on the augmented reality concept. With HUD displaying digital data onto the windshield, pilots can be alerted about everything from the horizon line, altitude or speed to navigation aids such as the flight path vector – indicating the direction the jet is taking.

As a result of this high-performance tool puts the emphasis on legibility and will guide the way day and night. In case of low visibility for instance or no matter the conditions, the screen will adjust in brightness and contrast to optimize the ambient lighting.

Although it was originally used in the military field since the 1950’s, the HUD is now also frequently used in civil aviation and automobile industry. The military world has always been a pioneer in numerous fields. It has created an unquestionable expertise in the field of avant-garde technology. Its innovations have had various applications in civilian life, such as the Internet, GPS or even the first business jet aircrafts.


AN AVANT-GARDE INSTRUMENT A UNIQUE WATCH

The design of the BR03-92 HUD embodies the spirit of Bell & Ross’ Instrument watches, as a contemporary style, the black matte ceramic case features the iconic “circle in a square” that evokes the silhouette of an aircraft cockpit clock.

Settling Bell & Ross’ instrumental identity, the design approach of the HUD display hides a treasure chest of sophistication. Technical and graphical tools with tips to translate this display type at the tiny scale of an analog mechanical watch was an innovative exercise at the brand’s creative studio.


AN INNOVATIVE DISPLAY: ANALOGICAL YET MECHANICAL

Arranged in tiers, the BR03-92 HUD is built around superimposed levels. This technical construction was thought and conceived by the designers to create an overlay that echoes the real HUD Instrument. Thus, the concept of Augmented Reality adapted to a timepiece hinges on 3 layers:

The Sapphire Crystal: On the upper level, the green-tinted sapphire crystal gives the illusion of the digital HUD-type display, using the surface of the disc dial and that of the crystal. 4 brackets are printed on the reverse of the crystal, reminiscing the 4 corners of the HUD line of sight.

The Hands: On the middle level, the black and green hands reveal the minutes and seconds. The hand’s center parts were purposely hidden to further increase the digit analogy and the legibility principles of professional aeronautical instruments.

The Hour Disc And The Dial: On the lower level, the hours are indicated by a green triangle marker which appears in the center through an independent concentric disc which is not graduated. This ultra-light disc was developed to ensure that neither accuracy nor power of the watch were reduced. Furthermore, the disc needs to be sufficiently resistant so as to not become deformed from risk of any friction.

There is more than meets the eye to obtain this uncompromising result. Some special coatings are worth noting on this timepiece.

By using the green color, Bell & Ross recreates the graphic style of this Instrument as closely as possible. The green on the dial mirrors the «computer-type» display of the HUD, and the cases anti-reflective matte black background provides a striking contrast. The sapphire crystal is tinted and obtained through a green pigment coating technique that is applied on its underside.

Additionally, the BR03-92 HUD fits perfectly into the family of Instrument watches with the goal of optimum legibility under any circumstances. To provide an intense green light, hours numerals, indices and triangle as well as the minute-circle and hands are coated with green Super-LumiNova® C3 treatment. The latter is also applied on the 4 brackets underneath the crystal.

This combination of green tinted sapphire crystal on green information, emphasizes the ultra-legibility of the dial and its fluorescent brightness to reproduce the HUD digital green display. A true PUNCH OF LIGHT during day and night, that is well suited for «Nights Owls» and pilots.


MISSION-ORIENTED FOR POWERFUL AND EQUIPPED WRISTS

Thanks to its augmented display design, the BR 03-92 HUD offers watch aficionados a new perception of time by liberating them from the conventional manner of displaying time. By magnifying specificities and singularity, the BR 03-92 HUD, produced in a limited edition of only 999 pieces, will also have designers and aeronautic enthusiast’s sights set on it.

This utilitarian approach is completed with both a black rubber and an ultra-resilient black synthetic fabric strap.

Heroic and sporting with state-of-the-art technology, this new model opens up a vast potential for creativity and new Instruments.