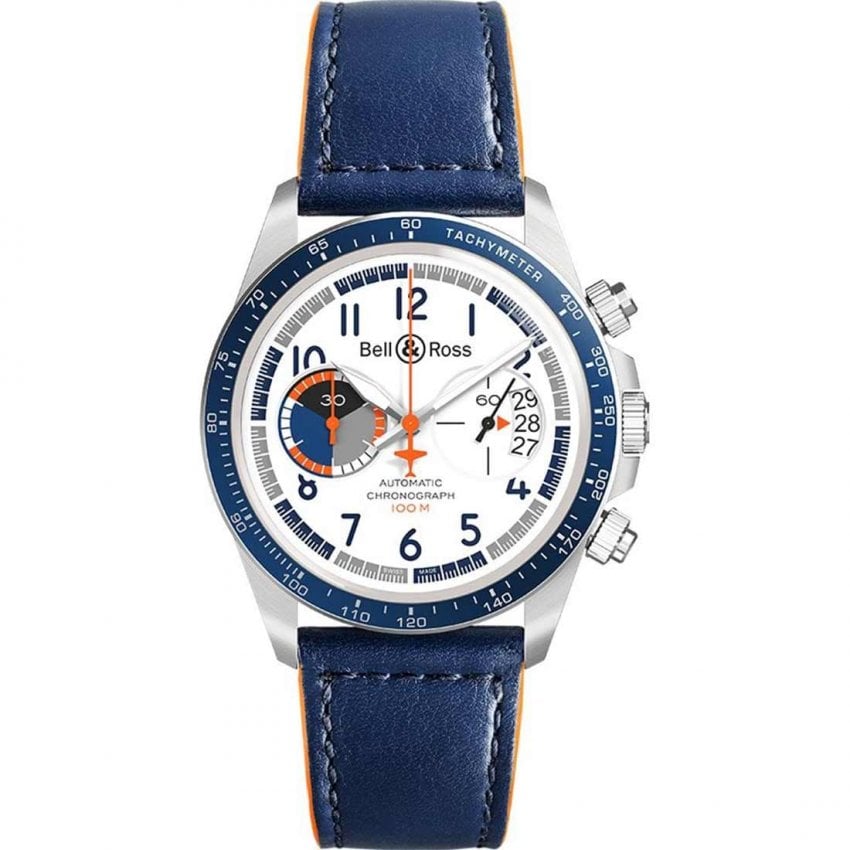 BELL & ROSS HAS DESIGNED ITS PLANE

After designing racing cars inspired by aeronautical shapes, Bell & Ross has now designed a plane of its own! It should come as no surprise that it is a high-speed plane capable of competing in the Reno Air Races in record-breaking style.

Every year in Reno, Nevada, at the edge of the American desert, the scene is set for the most extreme speed competition in the aviation world. Created in 1924, this event brings together aircrafts flying at full speed and at very low altitude, on a closed circuit delineated by 10-metre-high pylons.
To have a chance of prevailing in this competition, considered to be the most beautiful air racecourse in the world and of achieving phenomenal public success, the pilots need to be as daring as they are dexterous. And they need a machine with exceptional power, aero dynamism and maneuverability.

The BR-Bird, brainchild of Bruno Belamich, Bell & Ross›s co-founder and creative director, fits the bill. An ultramodern single-seat, propeller-engine aircraft, built entirely of high-tech material (graphite, fiberglass, titanium and aluminum alloy), the BR-Bird is powered by a V12 Rolls Royce Falcon developed on a Merlin base (names that have legendary status in aviation, particularly thanks to the legendary English Spitfire).

As the Bell & Ross design studio unveils the BR-Bird, a flying machine that features spectacular lines, two new Racing Bird watches inspired by this aircraft have become the symbols of the brand’s passion for aviation and creativity.

The Bell & Ross adventure started in a cockpit with watch designs that were directly inspired by flight instruments and the golden age of aviation. This journey continues to this day on the wrist, naturally, but now it also returns to the skies on the

wings of the BR-Bird. While the on-board instruments set the standard for legibility, precision and reliability, the entire history of aviation serves as a powerful inspiration for Bell & Ross.

This area of research has helped the brand create incredible machines rooted in the quest for speed and performance.

Be the first to review Bell & Ross Men's BRV2-94 RACING BIRD Limited Edition Watch. Write a review
Contact us with any questions you have about this product